byBrian Larson
You are here:
< Back

Shaking hands is a traditional form of greeting in the West. Some folks would have you believe that they can tell a lot about you by your handshake, but anyone who judges others by holding and shaking their hands for less than two seconds is probably overinterpreting their evidence. Nevertheless, this is one of those things that folks may use as a basis for assessing you in a brief interaction.

There were previously some rules of etiquette about when and how to shake hands. For example, as a boy in the 1970s, I was taught not to extend my hand to a woman but to let her extend her hand first (if she chose to). A more recent blog post on hand-shaking etiquette claims “…if you are interviewing for a job, the interviewer should be the one to take the lead. When meeting future in-laws, the father-in-law should start the handshake.” After thousands of business interactions over the years, I’ve never heard anyone afterwards complain that these “rules” were violated, and some of them are clearly sexist, so I think they are probably worth ignoring.

Nevertheless, I rarely extend my hand first, because I don’t know whether the other person wants to shake hands. This can be especially true for folks from other cultures or with strongly held religious beliefs. For example, in some parts of the East, including Japan, bowing is the traditional greeting. In Thailand, it is traditional to place the hands together in front of the chest, making what is called a “wai.” A Thai Ronald McDonald is pictured here doing exactly that. In the U.S., devout Muslim men and women may prefer not to touch persons of the opposite sex; some may show respect and friendliness by placing their right hand flat briefly over their left chest. And the blog post above suggests that some folks want to avoid touching because they are afraid of germs; they might want to do a fist bump. (I swear, though, that I’ve never seen that in a business context, except among long-time acquaintances.) You should watch the other person and reciprocate. If you are unsure how to reciprocate, a quick nod of the head while looking the other person in the eye and smiling is usually just fine. 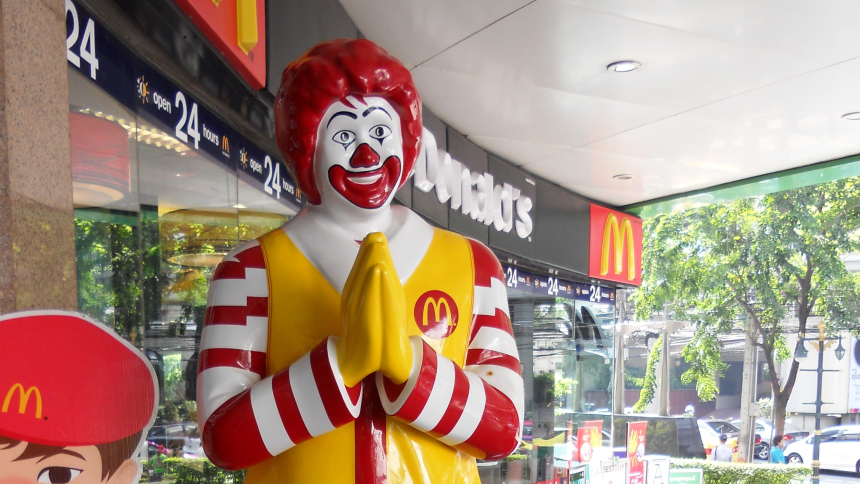 As for the handshake itself, here are some other simple guidelines: